When you book with an account, you will be able to track your payment status, track the confirmation and you can also rate the tour after you finished the tour.
Sign Up
1557

Gasherbrum I peaks and II stands side by side. Both the peaks have same base camp even the higher camps are common until camp II. Therefore for us ground handling and services to base camp is same for the either of the peaks. Choose one of the either peak or both by paying additional royalty fee. Rest leaves on us and enjoy your climbing.

Climbers have described it as an impressive but achievable peak, much like Cho Oyu but with a gradual walk up the Baltoro Glacier to its BC that is said to be the best trek in the world. Its climb provides not too hard and a perfect mountaineering experience for Himalaya beginners. G2 stands in the majestic neighborhood of Karakoram giants like and K2 in a close line-up of world`s highest peaks in the amphitheater of Concordia that has no parallel in the world. In 1889-1929 an international expedition headed by the Swiss G.O. Dyhrenfurth studied possible ways to the top of the Gasherbrum 2 and got to 6250m on the south flank. On July 8, 1956 the first ascent via the southwest spur was made by an Austrian expedition headed by F. Moravec. Fritz Moravec along with Josef Larch and Hans Willenpart from a bivouac at 7700m via the east spur to the summit on 7th. 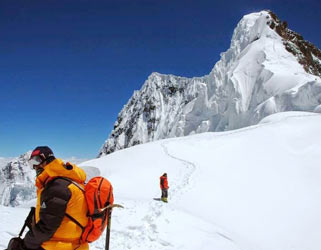 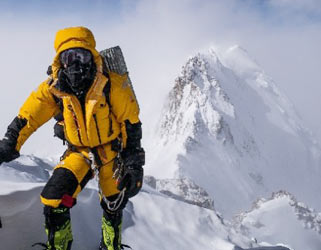